At the end of 2014, I was shocked at the progress of blind deblurring algorithm, so I studied the recent researches in this field.

I read many papers and made a system based on this paper: “Blind deconvolution using alternating maximum a posteriori estimation with heavy-tailed priors”.

The source code of the system I made is uploaded on my GitHub repository, and also I provide a vagrant-box that contains both binary and source code, so you can easily try it.

The most important remaining work is to reduce ringing artifacts. Honestly speaking, I had been trying it until this summer when I had time, but I could not do it. I welcome the challengers of this task :-)

In addition, the license of this system is GPL2.

This system runs on only Linux, and requires the following libraries:

This system is composed of a deblurring engine and a GUI sub-system.

Create a Vargantfile as shown below:

If you use OSX, run the following command:

If you use other OS, run your vnc-client.

Open a terminal and change directory to blind-deblurring. Then, run blindDeblur.

Push Deblur button, and then adjust the sharpness of the deblurred image. 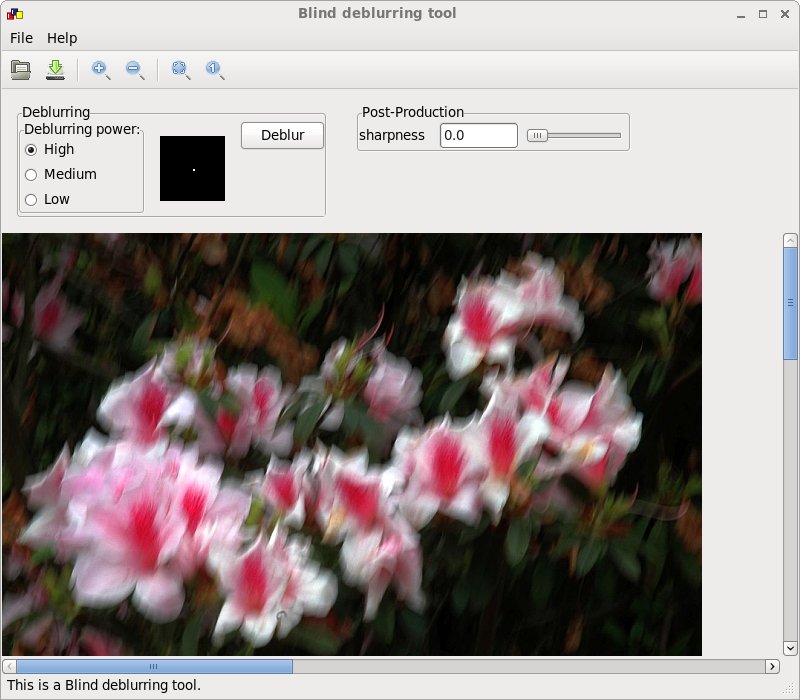 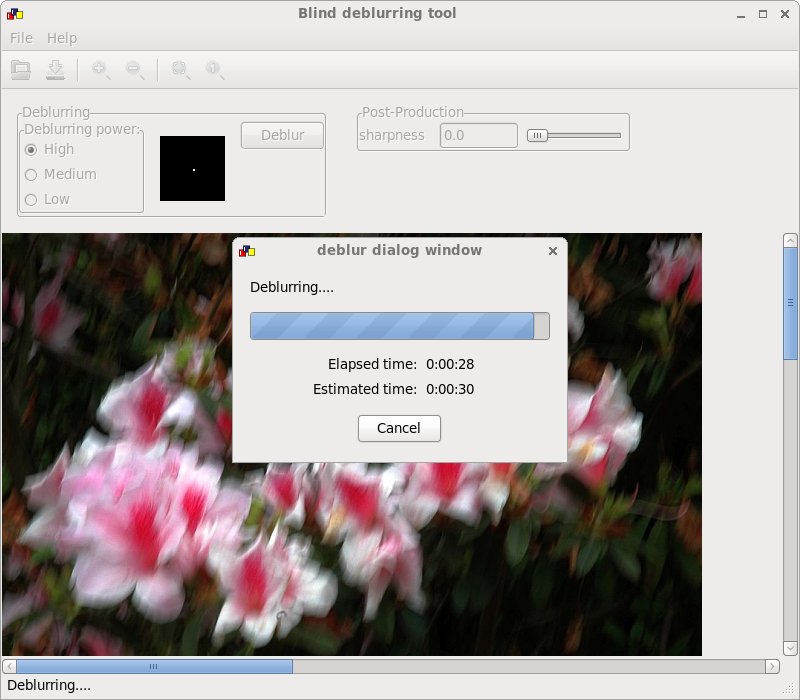 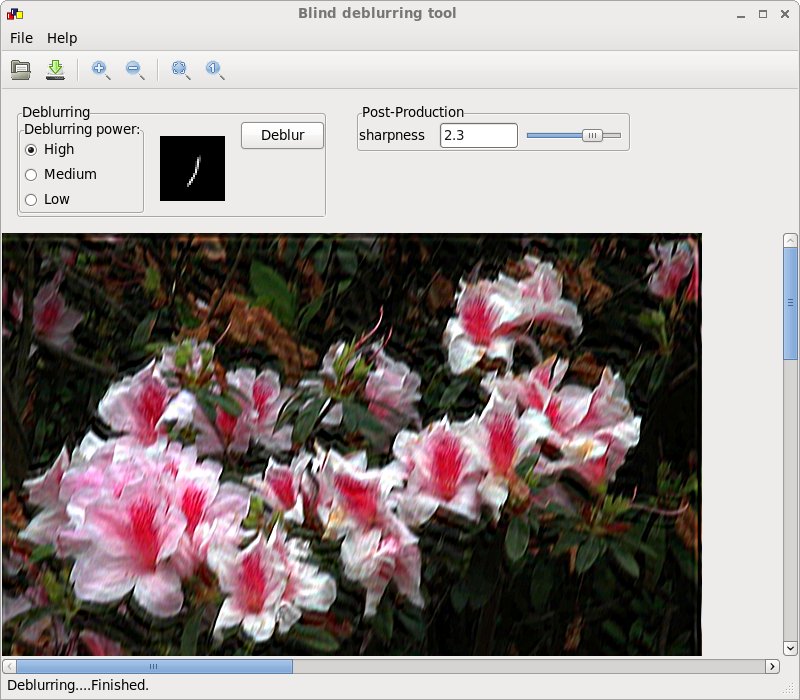